Clash of Kings or more commonly known as CoK is one of the best strategy games which is one of the top grossing games available, this game was initially released on 14 June 2014, it is developed and produced by Elex Tech. On its first year it had over 65 million downloads, one of the main endorsers of this app is Manchester United’s start Bastian Schweinsteiger, players even stream live while playing Clash Of Kings. Now you can play this awesome game on your PC using MSI App Player.

END_OF_DOCUMENT_TOKEN_TO_BE_REPLACED

If you’re a FIFA fan you will have probably heard of this game and would love to know the latest version FIFIA Soccer is finally available for mobile device, a new version of this  game is released every year by Electronics Arts under EA Sports. Let’s get into some history and see where this game started off, it began in late 1993 and was officially licensed with FIFA, back then there were not good enough graphics and even then it gained a lot of popularity, now with its current release, this game is set to take the market by storm and in its first month being released it has crossed millions of downloads. It has all the teams and the star players like Lionel Messi, Cristiano Ronaldo, Zaza, Pepe, Neymar, Willian and more. This game is like a drug for all those football fanatics out there.

END_OF_DOCUMENT_TOKEN_TO_BE_REPLACED

Clash Royale is a new game which is developed and published by Supercell which is a well known company for providing one of the best video games for PC. Clash Royale has gained a lot of success and it created a $1 billion in revenue which didn’t even take a complete year. Clash Royale was first released on 2 March 2016, being an online multiplayer battle arena game it already had a lot of competition but managed to make its way through because of its unique gameplay, this game has a one on one or two on two matches where the objective is to destroy as much towers of the opposing team, and the destruction of King Tower gives you an instant win. You also gain points playing the game and level up during the process and the highest level is 13, it has many other aspects like league matches and trophies to collect.

END_OF_DOCUMENT_TOKEN_TO_BE_REPLACED 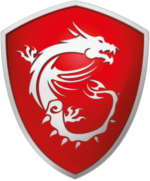 Fortnite is one of the most famous games that has been trending a lot these days. This game is developed by Epic Games, it is available for PC and is an online game, it has two basic modes one is where you have to fight against the zombies and stay alive as the waves come, the second mode is the online gameplay in which around 100 players start and they have to fight each other and the last one standing becomes the winner, now let me tell you that this is not that easy to play and win as other players are not bots and are actual gamers all looking to win the game by any hook or crook, you can play this battle mode with a squad which contains 4 players or play it in duo mode with a friend and if you are the guns blazing type solo player then you can do that as well, all players start in the Battle bus and land on the map anywhere they want, each player has a PickAxe which can be used to cut trees and break down buildings and rocks to collect resources, this later helps them to defend themself or can be used in various game situations. If you still haven’t played this game then you’re definitely in for a treat.

END_OF_DOCUMENT_TOKEN_TO_BE_REPLACED 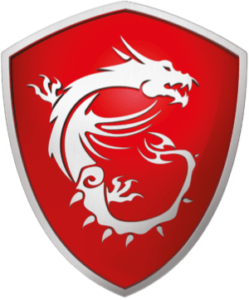 Mobile Legends is one of the top downloaded games and is currently one of the best, this is a multiplayer online battle game developed and published by Moonton, this game is a mobile version which was released after its great success on PC, it has a simple concept where two teams have to fight each other till one of them capture and destroy the enemy’s base, don’t let me make it sound so easy for you because it is a very intense and addictive game which is not easy to win as you also have to protect your own base from getting destroyed and there’s a path of three lanes, top, middle and bottom which connects the bases, now lets talk about the gameplay, each team has five players and each player controls an avatar also called as a Hero. There are some bots created by the game which spawn time to time and attack your base, this is just another addition which makes it even harder as you never know when you are going to get attack by another player while fighting the weaker bots.

END_OF_DOCUMENT_TOKEN_TO_BE_REPLACED 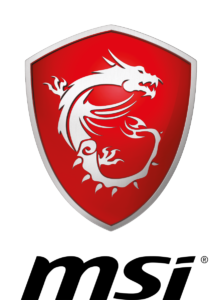 If you have not yet played Candy Crush Saga you’re in for a big treat, Candy Crush Saga is an awesome puzzle free to play game, this is released by King and you can play this game on Facebook or any device like Android, iOS, Windows Phone and Windows 10. This is a very simple yet addictive game that you can never get full of, it has a simple rue that you have to match three or more candy of the same color to eliminate them from the board so new ones may appear from the top, you can create combos of four or five candy or match candy in different manner to create candy bombs and more. Candy Crush Saga is one of the most successful games as it does not require loads of data consumption and takes very less space on your device, it is very hard to let go of it and the levels just keep increasing so basically the game is never ending so the fun never stops.

END_OF_DOCUMENT_TOKEN_TO_BE_REPLACED

Lords Mobile as you can see is a mobile version of this game developed by no other than MMORTS and published by IGG, this is one of the most addictive games and is free to play for everyone, there are in-app purchases which you can pay for if you want to get that extra edge over other players by getting extra benefits. This is one of the best strategy games that you can play on your smartphone. Lord mobile has won the Google Play award for Best Competitive Game and it was also nominated for Best Multiplayer Game in 2017. You need to have fast real time strategy creating and problem solving abilities to get most wins, this game has several modes like player versus player or you can build your own base and build and army to attack enemy bases, there’s also a Kingdom War where you can attack enemies from your own kingdom and so on like Wars for Wonders, Feudal Wars, Battle Royale, additional game modes like Hero Stages, Colosseum, The Labyrinth and the list goes on. It has 40 or more characters known as Heroes which are further divided into types like intelligent, strong, agile and their own unique skills.

END_OF_DOCUMENT_TOKEN_TO_BE_REPLACED

One of the most common and addictive games is PUBG, this is short for Player Unknown Battlegrounds. The name says it all, this game is a first person shooter game where you are playing against other players and may the best man win. It has 2 versions, one is the classic version in which 100 players fight each other to be the last man standing, these matches last for 30 minutes in an average. You can also try the arcade mode where you can choose from four options which are war, sniper match, 8 minute match or quick match all four of them are way different from each other and every match has no more than 30 players except from the quick match where the zone is smaller than classic and it starts to get small pretty fast, it also has 100 players who fight each other, you can play PUBG solo, with a friend in Duo mode or play Squad mode with a team of 4.

END_OF_DOCUMENT_TOKEN_TO_BE_REPLACED

Clash of Clans is a mobile game which you can download and play on all leading platforms like Android , iOS and Windows, this is a strategy game where you have to build your own palace from ground up and fortify it with weapons and increase your resources, you can also attack on other player’s bases to loot their gold, elixir and dark elixir. These three are the most important resources which are used to increase the level of your troops and get better equipment, this is a fair game as it allows both the teams to fire one by one, so you have to keep in mind that the damage you do in a single attack means a lot, say if some player tries to attack your base then you will be given a warning and 24 hours to prepare for battle. This is a free to play game published by Finnish and developed by Supercell. It also has Clans which leads us to Clan wars, this is where the game gets intense as people can fight from 10 vs 10 to 50 vs 50 in a single match, this is one of the most addictive games you will ever come across.